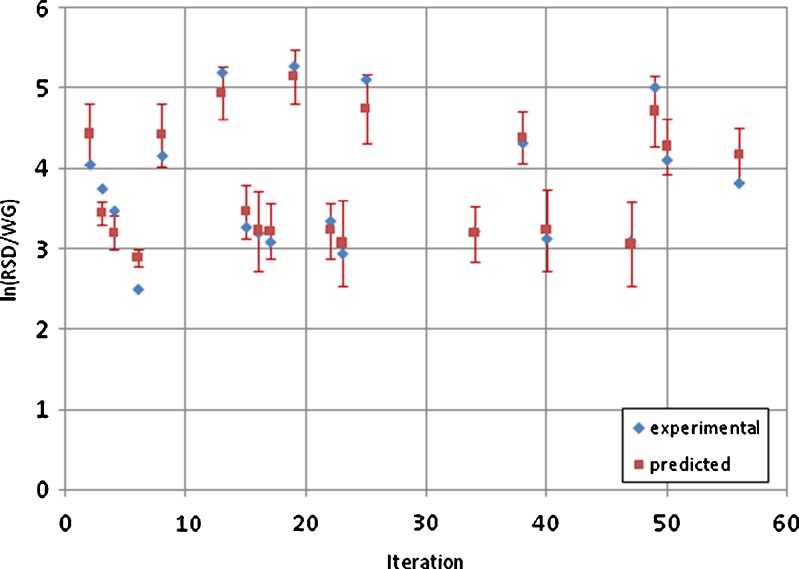 A combination of analytical and statistical methods is used to improve a tablet coating process guided by quality by design (QbD) principles. A solid dosage form product was found to intermittently exhibit bad taste. A suspected cause was the variability in coating thickness which could lead to the subject tasting the active ingredient in some tablets. A number of samples were analyzed using a laser-induced breakdown spectroscopy (LIBS)-based analytical method, and it was found that the main variability component was the tablet-to-tablet variability within a lot. Hence, it was inferred that the coating process (performed in a perforated rotating pan) required optimization. A set of designed experiments along with response surface modeling and kriging method were used to arrive at an optimal set of operating conditions. Effects of the amount of coating imparted, spray rate, pan rotation speed, and spray temperature were characterized. The results were quantified in terms of the relative standard deviation of tablet-averaged LIBS score and a coating variability index which was the ratio of the standard deviation of the tablet-averaged LIBS score and the weight gain of the tablets. The data-driven models developed based on the designed experiments predicted that the minimum value of this index would be obtained for a 6% weight gain for a pan operating at the highest speed at the maximum fill level while using the lowest spraying rate and temperature from the chosen parametric space. This systematic application of the QbD-based method resulted in an enhanced process understanding and reducing the coating variability by more than half.